Faeries are otherworldly creatures or spirits that appear in folklore.  They are often thought of as human in appearance and having magical powers, however are sometimes unpredictable and dangerous.  In modern cultures they are often depicted as cute tiny winged creatures, however originally faeries were depicted anywhere from tall, angelic beings to short, hideous trolls. 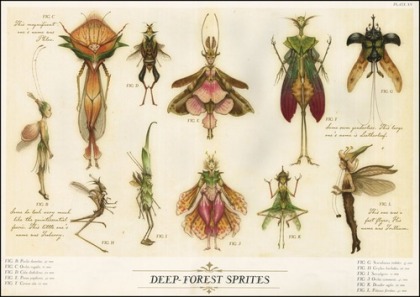 Common themes among the Celtic nations describe faeries as a mythical race of people who have been driven into hiding by some sort of invader.  One such race is the Tuatha Dé Danann following their defeat from the Milesians (Celts), forced to live underground in the hills and mounds of the Otherworld.  These alternate realms have been described as Mag Mell (the Pleasant Plain), Emain Ablach (the Fortress of Apples, the Land of Promise, the Isle of Women, Avalon), or the Tir na nÓg (the Land of Youth). 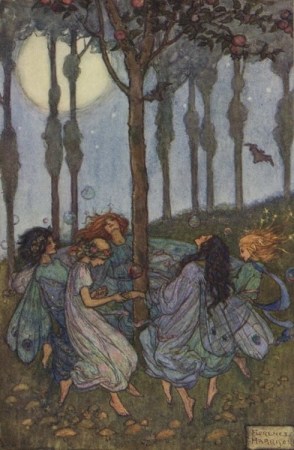 Faeries are known for their mischief and malice, however some faeries were known for giving protection, healing or passing their skills to mortals.  In Scottish folklore, fairies were divided into the Seelie Court, the fairies who would play harmless pranks on mortals but were generally kind hearted, and the Unseelie Court, the malicious fairies who would try to bring harm to mortals for fun. 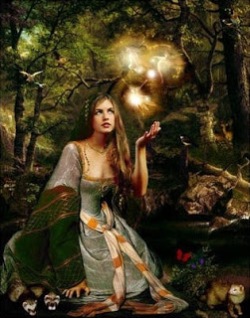 Many trees, mounds and other natural features are considered property of the faeries, and any mortal who damages them would be cursed.  In many parts of the British Isles, people would avoid building or disturbing known faery mounds or faery paths as to avoid such curses. 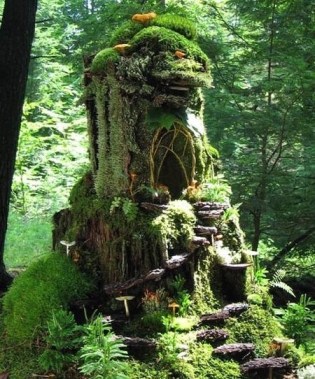 Some people would leave offerings around their home to appease the faeries and prevent them from causing mischief, including milk, sweet desserts like cake or chocolate, shiny or pretty objects like glass, gemstones, or shells.  Faeries are thought to dislike iron, charms of rowan and herbs, running water, bells, St John’s wort, and four leaf clovers among other things.

Faeries appeare in folklore from ancient tales of medieval chivalry, to romantic Victorian literature and more modern tales.  Faeries gained popularity during the Romanticism of the Victorian era, inspiring the image of beautiful, tiny, winged creatures, helping mortals they meet.