Neopaganism is a recent movement which is a modern take on ancient practices.  It is an umbrella term that can include a variety of traditions or practices from different cultures, such as Celtic, Norse, Germanic, Slavic, Greek, Roman, and Egyptian.

Definitions of paganism are hard because pagans mostly do not operate within a centralised religious body or follow a standard set of rules.  However a few common threads tie together pagan movements, including the belief that everything is sacred and blessed, and everything is interconnected.  Most pagan traditions are earth-centered, recognize both male and female deities, and stress a connection to and respect for the natural world.  They are also mostly animistic (believing everything in the world has a spiritual presence) and polytheistic (meaning they believe in many gods or deities). 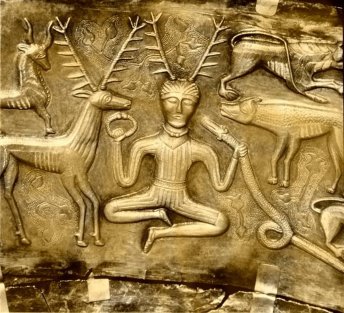 Some beliefs of Celtic Reconstructionists include:

It also involves a connection to ancient Celtic culture, mythology and folklore, through both historical accuracy and poetic inspiration.  The Celtic Calendar is often followed, which includes Samhain (Oct 31), Oímealg/Imbolc (Feb 1), Bealtaine (May 1), and Lúnasa/Lúghnasadh (Aug 1). 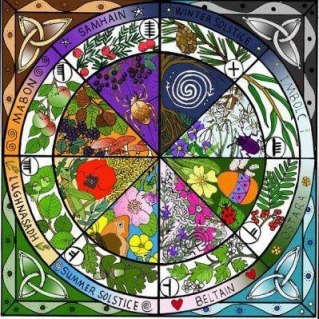 Given that the Celts themselves left no written record, and the only accounts documenting the Celtic way of life was written by early Roman and Greek sources, it seems reconstructing Celtic culture would be difficult.  However archeological evidence, comparative anthropology, and other historical manuscripts can piece together what little we know about the ancient Celts.

Pangur Bán is a 9th century poem written in Old Irish.  In the poem, the Irish monk compares his work with the antics of his white cat Pangur Bán, ‘white fuller’.  The poem can be found in the Reichenau Primer, which is kept at St. Paul’s Abbey in the Lavanttal in Austria.  The Secret of Kells also features a white cat named Pangur Bán who fled the island of Iona with his owner, a white haired monk, during the Viking invasions.

Several translations of the poem exist, with one such translation below.

I and Pangur Bán, my cat
‘Tis a like task we are at;
Hunting mice is his delight
Hunting words I sit all night.

Better far than praise of men
‘Tis to sit with book and pen;
Pangur bears me no ill will,
He too plies his simple skill.

‘Tis a merry thing to see
At our tasks how glad are we,
When at home we sit and find
Entertainment to our mind.

Oftentimes a mouse will stray
In the hero Pangur’s way:
Oftentimes my keen thought set
Takes a meaning in its net.

When a mouse darts from its den,
O how glad is Pangur then!
O what gladness do I prove
When I solve the doubts I love!

So in peace our tasks we ply,
Pangur Bán, my cat, and I;
In our arts we find our bliss,
I have mine and he has his.

Practice every day has made
Pangur perfect in his trade;
I get wisdom day and night
Turning darkness into light. 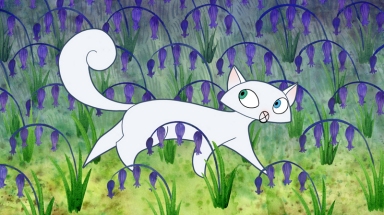 The Everything Celtic Wisdom Book

People of many denominations find spiritual meaning and inspiration in the wisdom of the Celtic tribes. The Celtic path of wisdom incorporates Druidism, early Christianity, and ancient Celtic myth and lore. This guide includes discussion of the following topics: The Divine Male and Female; Shamanism; Druidism; Celtic Christianity; Fairies and other creatures of nature; Celtic folklore; and more. This thoughtful look at Celtic spirituality includes Irish, Scottish, and Welsh traditions – both familiar and mysterious. With this invaluable guide, readers will walk the path to the Celtic Otherworld through traditional poetry, ritual, and prayer – on a never-ending journey of the soul.

I found The Everything Celtic Wisdom Book to be a quick and enjoyable read, suited to someone new to the world of Celtic culture or who wants a light-hearted summary of Celtic history and mythology.  The author covers topics such as the Celtic myth cycles, the druids, Celtic religion, art and symbology, faeries, the Wheel of the Year, and Celts in the modern age.

One of the major problems I found with the book, however, was how the author took great liberties with her theories and made connections and inferences without much backup.  I would have appreciated footnotes or examples of why she was drawing connections in some instances.

If you’re looking for factual reference and an academic review of the Celtic people, I’d recommend looking elsewhere.  However if you’re looking for an enjoyable introductory read about Celtic history, culture, religion and mythology, this is a good book to have on your shelf.